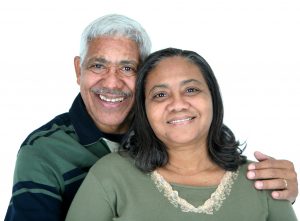 Most people associate root canals with pain. It’s the first thing they think about when the subject comes up. But at Cascade Endodontics in Orem, there is absolutely no need to worry about root canals; they do not live up to their bad reputation.

Root canals are among the most common dental procedures in the United States, with an average of nearly fifteen million performed each year. One of the reasons you should not be afraid of a root canal is that they do much more good than harm, because they remove infection that is threatening nerves in a tooth’s root.

To put it another way: root canals take away the pain that is caused by an infection. Thanks to root canals, infected teeth can be saved rather than extracted.

The bad reputation of root canals goes back many years, and that is part of the problem. Like the rest of dentistry, root canals have come a long way over the last few decades. In fact, according to one survey, patients who have had a root canal are six times more likely to describe it as painless than are those who have never had one.

The first step in any modern root canal is to numb the patient. A simple anesthetic deadens the area to the point where you won’t feel much of anything.

But we all have different pain thresholds, so if a numbing anesthetic isn’t enough, Cascade Endodontics offers sedation dentistry. This is usually enough to get the most apprehensive patient through a root canal.

Remember, the goal of a root canal is to save your tooth. Properly cared for, a tooth that has undergone a successful root canal can last a lifetime.

If you suspect you may need a root canal, don’t worry; there is nothing to be afraid of. Call Cascade Endodontics in Orem for a consultation.