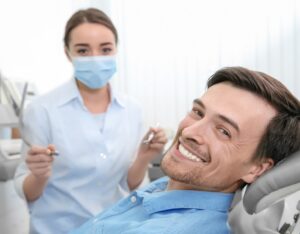 Almost no procedure, whether it is medical or dental, is without at least a little discomfort. But too many people incorrectly think that the pain from root canals is in a class by itself. At Cascade Endodontics in Orem, we assure you that root canals are simple and straightforward, with minimal discomfort.

For the vast majority of patients, a root canal is about the same as having a cavity filled. The mouth is totally numbed beforehand. A small hole is drilled through the tooth, but you won’t feel a thing. The hole gives access to the affected area. Using special, sophisticated tools, the soft tissue inside the tooth is removed.

After that, the tooth’s interior is cleaned and sterilized, filled with a putty-like material, and then sealed. The tooth has lost some of its  strenth, and at first you’ll have a temporary crown. This will eventually be replaced by a permanent crown to restore function and appearance.

Remember, the root canal means you keep the tooth – and that is really important. At Cascade Endodontics in Orem we have done many root canals and saved many teeth. Please call our office to schedule an appointment today!