Call Us
Email Us
Map Us
Utah Root Canals & Endodontics » Blog » Have You Heard The One About … Root Canals? 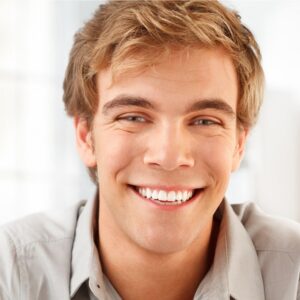 This post from Cascade Endodontics in Orem UT describes some of the myths about root canals. There is plenty of misinformation out there, so we’re going to use this space to separate some of the fact from the fiction.

We’ll dispense first with the single most pervasisve myth of all: that root canal therapy is painful, along the lines of medieval torture. Not so! Rest assured that modern dentistry has long since solved that issue, and most patients say they’re not much different than having a cavity filled.

Bear in mind: root canal therapy can save an infected tooth that won’t get better on its own. In fact, that tooth will quite likely have to be extracted if it isn’t treated. We’ve saved a lot of teeth by doing them.

The title of this post may have you expecting a joke. That was not our purpose, but neither was disappointing you, so here goes: Why did the numbers 25, 36, and 49 go to the dentist? For a square root canal!

At Cascade Endodontics in Orem UT we have saved a lot of teeth with root canal therapy. Please call us to schedule an appointment today!