Call Us
Email Us
Map Us
Utah Root Canals & Endodontics » Blog » Root Canals: Inside The Tooth

The procedure that is often referred to as a root canal isn’t really a root canal, it’s part of a tooth. Root canal therapy, on the other hand, is a very real treatment, and we perform them on a regular basis at Cascade Endodontics in Orem. 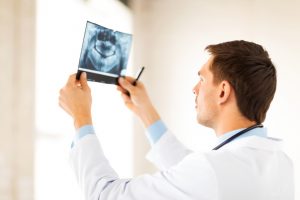 Inside the visible portion of a tooth is soft tissue called the pulp. It contains the nerves that, among other things, sense hot and cold temperatures. Root canal therapy becomes necessary when this soft tissue becomes inflamed or infected.

The formal name for this is endodontic therapy. The term actually means “inside the tooth.” In endodontic therapy, the infected tissue is removed, and the resulting space within the tooth is filled. The tooth is then sealed, and topped by a new crown, which protects it and gives a natural appearance.

While root canal therapy has the reputation of being painful, it’s really the opposite that is true. It’s the infected tissue that is painful, and the procedure relieves it.

Modern dentistry has made endodontic therapy much more comfortable than in the past. New methods of detecting bacteria inside the tooth promise to make them even better in the years ahead.

Root canal therapy is done on millions of people every year, and the procedure has a very high success rate. To find out more, call Cascade Endodontics in Orem today!