Root canals can be scary, and if you find out that you need one your first instinct may be to panic. At Cascade Endodontics in Orem, we assure you that modern dentistry has made root canals safe, pain-free, and virtually routine. 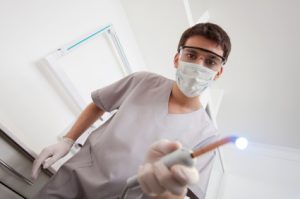 Yet root canals remain somewhat controversial, and your second instinct may to be get online and do some research. The first thing most people want to know is, what exactly is a root canal?

Root canal therapy is necessary when the root of a tooth becomes infected, often because a cavity has progressed into it and caused infection. The treatment involves removing all of the soft tissue, called pulp, from inside the tooth. The area is then cleaned, filled with special material, and sealed.

The procedure is done to save the tooth. Afterward the tooth is considered dead, but it remains in your jaw, fully functional.

A persistent myth about root canals, likely to come up with any Internet search, is that root canals can cause cancer and other serious diseases. This myth, long-debunked, actually dates back to the 1920s. It is based on the research of a dentist who conducted a series of poorly designed, scientifically flawed tests.

We all know that the Internet is filled with reliable and, alas, unreliable information. While unreliable information may seem to be mostly harmless, it can have a negative influence by keeping people from getting the root canal that they need. There have also been cases of people who have already had root canals, but become so frightened by online myths that they have that tooth extracted.

Root canal therapy is done successfully on millions of patients every year, and  has a very high success rate. To find out more, call Cascade Endodontics in Orem today!