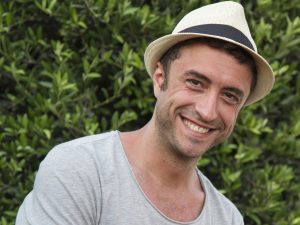 Root canals are probably the most feared procedure in all of dentistry. And that is unfortunate, because like so many things in life, the fear factor is far worse than the actual procedure. At Cascade Endodontics in Orem, we assure you: root canals are no big deal.

The reason people fear root canals, of course, is the assumption that they are extremely painful: along the lines of some medieval torture. We can dispense with that one right away: modern dentistry has eliminated the pain of root canal therapy. Nowadays, it’s about the same as having a cavity filled.

Another reason people fear root canals is the false belief that they can lead to other illnesses. This persistent myth dates back nearly a century, and came out of bad research that has long since been debunked. So let us say for the record: no credible research has ever demonstrated a link between root canals and other illnesses.

Most people who get a root canal are already in pain. The pain may even be excruciating. That’s because the tooth is probably infected, and it won’t get better on its own. Unfortunately the tooth may well die, so it isn’t really correct to say a root canal will “save” a tooth, though we hear that sometimes. It will, however, preserve the tooth: it will technically be dead, but will remain in your jaw, fully functional.

Sometimes people think it’s better to extract the tooth and replace it with a dental implant. We think it is far better to keep a natural tooth than pull it, even if it’s dead.

If you are coping with tooth pain that isn’t getting any better, a root canal may be in order. At Cascade Endodontics in Orem we specialize in root canal therapy. We offer sedation dentistry for those with concerns about pain. Please call our office to schedule an appointment today!