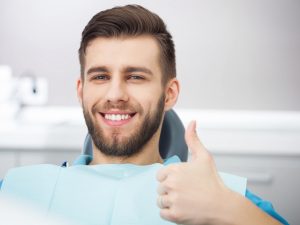 “Root canal” may be among the most ominous words in all of dentistry. It doesn’t need to be that way. Modern dentistry has come a long way, and the discomfort level with root canals at Cascade Endodontics in Orem is low – about what you’d expect from having a cavity filled.

But it hasn’t always been that way. Archaeologists dug up an ancient skull in the Negev Desert that they think shows evidence of an early root canal. It had a bronze wire inside a tooth, which they think was used to treat an infection. There wasn’t much in the way of anesthesia in those days; we don’t even want to think about how that procedure went.

Root canals evolved over many centuries. As far as we know, anesthesia for a root canals was first used in the 1700s. Anesthesia then was a far cry from what we’ve got today, but at least an effort was made to make the procedure less painful.

By the 1800s a common root canal tool was made from a spring from inside a watch. Dentists used it to access the pulp in a tooth’s root. The material used to fill the tooth once the pulp was removed was introduced around this time, and is still in use today.

The people who monitor these things estimate there are fifteen million root canals done every year. If you’ve been told you need a root canal, please call us at Cascade Endodontics in Orem. Root canals are our specialty. We offer several levels of sedation that guarantee the procedure will be painless. Schedule a consultation today.